You know Bella and Edward, now get to know Beau and Edythe.
When Beaufort Swan moves to the gloomy town of Forks and meets the mysterious, alluring Edythe Cullen, his life takes a thrilling and terrifying turn. With her porcelain skin, golden eyes, mesmerizing voice, and supernatural gifts, Edythe is both irresistible and enigmatic.
What Beau doesn’t realize is the closer he gets to her, the more he is putting himself and those around him at risk. And, it might be too late to turn back….
With a foreword and afterword by Stephenie Meyer, this compelling reimagining of the iconic love story is a must-read for Twilight fans everywhere.

Oh, look, I managed to find the worst book I’ve ever read.

We all know and love (well, maybe that’s pushing it) Twilight. I read it probably around 5 years ago, and although I could acknowledge at the time that the writing wasn’t the best, teenage me did at least enjoy it. Life and Death, however, takes any bad writing and problems that arose in Twilight and amplify them by 100 times. I would argue this is the most pointless, unnecessary book that has ever written. I had countless gripes with the book, other than the writing being so all over the place it was actually laughable in places (quote included will show an hilarious example of this). I have recorded a long, rant-y video to explain some of the problems I found with the book, and I will be publishing that on my blog when I edit it and get it up on YouTube.

The biggest problem with this book was the whole gender swap itself. Instead of doing something revolutionary, it brought up more problems than I could ever expect. Instead of feeling fresh and interesting, it fell flat and also fell into gender stereotypes of the opposite gender. Covered a little in this article with comparisons of Twilight and Life and Death, instead of defying gender roles, small comments in this book feed into them. For example, where Bella would cry in Twilight, Beau would repress his emotions in Life and Death. Where Bella will comment briefly about how attractive a man is, Beau will ramble and sexualise any attractive woman he sees.

There was also countless problematic comments, including about taking drugs to help you sleep, use of the word ‘spastically’ and describing a 14/15 year old girl as very pretty and sexualising her. There was also a scene describing the female body (I think Edythe’s, but I can’t remember) as ‘perfect’ when you could see her ribs, and describing Beau as ‘OCD’ and the use of ‘OCD’ as an adjective in general.

On top of this, I found Beau and Edythe’s relationship incredibly unhealthy and problematic. Much like Bella and Edward in Twilight, they fall in love almost instantly and without knowing much about each other at all. From there on in, they cannot bear to be apart for more than a few hours and never let each other out of sight. The whole portrayal of their relationship felt fake and made me generally uncomfortable. As in Twilight, Edythe also breaks into Beau’s house and watches him sleep, which he didn’t care about at all when he found out, and in fact, found it romantic. It is not romantic. It is stalker-ish, uncomfortable, and downright illegal. They are not in a relationship when this occurs and barely know each other at all, which is what made me so aggravated by the concept.

I didn’t feel the need to rub it in to every cheeseburger I conquered.

As I mentioned before, the writing is terrible, but also the plot is so damn holey. It’s almost as if Stephanie ignores the way the plot would really go with how the vampire’s powers work, and instead of factoring them into the end scenes, pretend they don’t exist. On top of this, the book is not diverse at all, and is full of heterosexual relationships. It’s like there is no other option for any of the characters, and was most prominent for me when Charlie was talking to Beau about possible relationships, and immediately presumed he would be with a girl and that was the only option for him.

Even if we attempt to overlook all of the problems that arose within this story, it is very difficult to ignore the fact it is not Twilight, reimagined. It is Twilight, run through a thesaurus. I was very aware from the first part of this book that it felt incredibly similar to Twilight, and the scenes played out in the exact same order I remembered them. But it took me most of the book to actually open my copy of Twilight and compare a passage (below). Not only was most of the dialogue the same word for word, the scenes played out in the exact same way every time. The only part of the book that was any different was the last 2-3 chapters.

Twilight
I shivered.
“It’s not pleasant, you see.”
“Edward said that it was very hard to do…I don’t quite understand,” I said.
“We’re also like sharks in a way. Once we taste the blood, or even smell it for that matter, it becomes very hard to keep from feeding. Sometimes impossible. So you see, to actually bite someone, to taste the blood, it would begin the frenzy. It’s difficult on both sides–the bloodlust on one hand, the awful pain on the other.”

Life and Death
I shuddered.
“It’s not pleasant, no.”
“Edythe said it was very hard to do…but that sounds simple enough.”
“We’re also like sharks in a way. Once we taste blood, or even smell it for that matter, it becomes very hard to keep from feeding. Impossible, even. So you see, to actually bite someone, to taste the blood, it would begin the frenzy. It’s difficult on both sides–the bloodlust on the one hand, the awful pain on the other.”

This whole book was such an utter and complete disappointment. There was a chance here that this book would change, evolve, become better and more modern. More diverse. Actually making an effort to defy gender boundaries. But the best word I can find to describe this book is lazy. It is the laziest, most unnecessary piece of writing I’ve ever known to exist. And the whole thing fills me with aggravation at what an exploitation of readers this is. I will definitely not be reading Midnight Sun, or anything else by Stephanie Meyer.

I am not one to rate books as low as I rated this one. I’m also not one to usually post such a hateful review, but I’m sorry, this was utter bullsh*t. 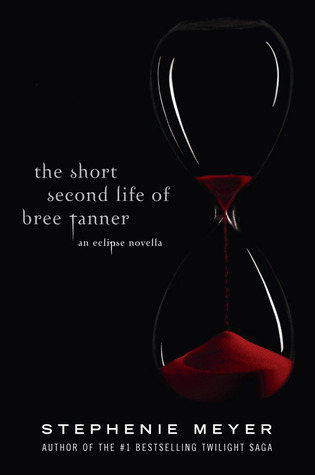 Follow The Books are Everywhere on WordPress.com
Join 15,615 other subscribers

I’m off work for the next week for the first time since I went full time in October! I don’t have plans for the full week, but it starts with a few days by the seaside relaxing and seeing family❤️
Honestly, Live Photos saved my ability to be able to make this reel❤️
Currently (buddy) reading❤️
Christmas market🎄
Having a festive weekend🥰🎄
More like…sheep on the beach. In the rain.
My Tweets
Loading Comments...