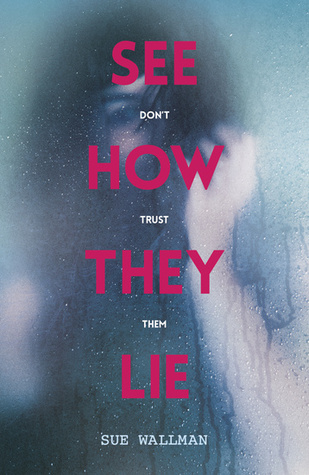 All’s not well at the Hummingbird Creek wellness resort. No one can see in. No one can get out…
New from the talented author who brought you Lying About Last Summer: a psycho-chiller to wake up your darkest phobias. If you got to live in a luxury hotel with world-class cuisine, a state-of-the-art sports centre and the latest spa treatments, would you say ‘yes please’?
Well, that’s kind of what Hummingbird Creek is like. No wonder Mae feels lucky to be there. It’s meant as a rich-kid’s sanatorium, but she isn’t sick. Her dad is the top psychiatrist there. But one day Mae breaks a rule. NOT a good idea. This place is all about rules – and breaking them can hurt you…

I’m pretty sure this book was a cover buy, and it’s been sat on my shelf for at least a year. I thought I’d finally pick it up, and I ended up getting through it in just under a day! Firstly, I would like to point out I nearly DNF’d this book, but not because I didn’t like it. I just felt like it wasn’t for me. But I have to say, I am glad I continued and pushed through. Even though this wasn’t the best book in the world, it was enjoyable to a degree.

I have to say I’m very torn in my opinion of this book, and I think that’s because it’s slightly too young for me. It’s definitely more of an early teen book, and I think I would’ve enjoyed it a lot more if I’d have picked it up years ago. For one, the whole concept is one we don’t see often, and I did find it imaginative. I’m not going to say it was out-of-this-world, but I found it interesting enough to carry on reading.

I actually liked the characters, and Mae’s friends. I felt the cast of characters varied and most were well-built. Everyone was described just enough to make it interesting and we still knew who everyone was.

“But instead I stay silent.”

I definitely think one of the problems here is the pace. I wouldn’t necessarily say it was slow, but maybe patchy is the right word? I saw a review on Goodreads that read “Sort of felt like the middle section was all ‘The vitamins…could something be wrong with the vitamins? I think there’s something going on with the vitamins. Could…could it be? Something to do with the vitamins?’” and I couldn’t agree more. In more ways than one, this book is just a little all-over the place and I definitely think it includes a few plot-holes. I won’t go into any more detail due to spoilers, but I will include it as a downfall.

So this book was enjoyable and a page-turner, but not incredible or exciting as such. I’m glad I read it, but I’d say if you’re looking for a cult book, go for Seed by Lisa Heathfield instead.

One thought on “Review: See How They Lie by Sue Wallman”