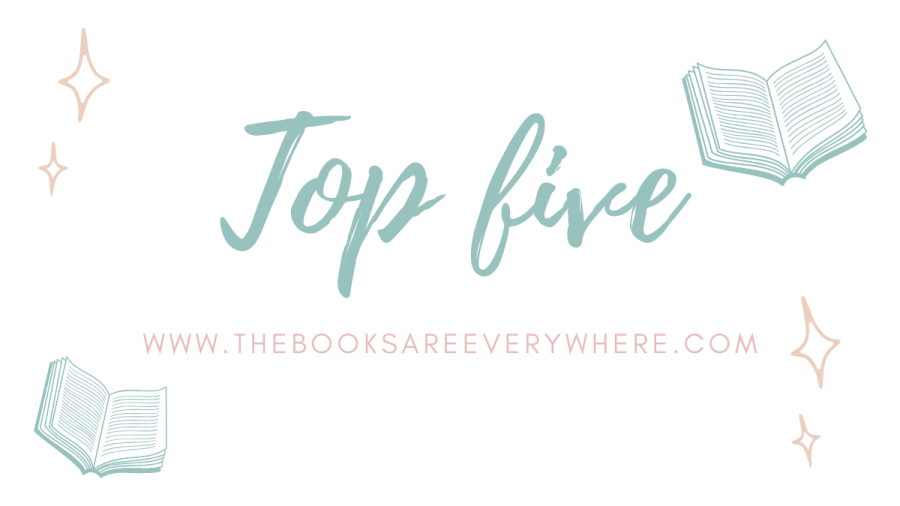 Hi everyone! It’s been a while since I did a top 5 list, but this one has been springing to mind over the past week or so.

To put it bluntly, the world sucks right now. Things are hard, and I’m sure a lot of us are using TV, films, games and books to escape from the madness. Here are 5 recommendations from me that I found completely absorbing and couldn’t put down!

When sixteen-year-old Tessa Gray crosses the ocean to find her brother, her destination is England, the time is the reign of Queen Victoria, and something terrifying is waiting for her in London’s Downworld, where vampires, warlocks and other supernatural folk stalk the gaslit streets. Friendless and hunted, Tessa seeks refuge with the Shadowhunters, a band of warriors dedicated to ridding the world of demons. Drawn ever deeper into their world, she finds herself fascinated by — and torn between — two best friends and quickly realizes that love may be the most dangerous magic of all.

Cassandra Clare was the first author that came to mind with this post. It took me 3 months to read all of her books and I loved being absorbed in the world of Shadowhunters and I’m hoping to read Chain of Gold while we’re in isolation.

In this richly developed fantasy, Lei is a member of the Paper caste, the lowest and most persecuted class of people in Ikhara. She lives in a remote village with her father, where the decade-old trauma of watching her mother snatched by royal guards for an unknown fate still haunts her. Now, the guards are back and this time it’s Lei they’re after — the girl with the golden eyes whose rumored beauty has piqued the king’s interest.
Over weeks of training in the opulent but oppressive palace, Lei and eight other girls learns the skills and charm that befit a king’s consort. There, she does the unthinkable — she falls in love. Her forbidden romance becomes enmeshed with an explosive plot that threatens her world’s entire way of life. Lei, still the wide-eyed country girl at heart, must decide how far she’s willing to go for justice and revenge.

I read Girls of Paper and Fire last year and I loved it so much.

This 4 book series is so amazing and absorbing! There’s also a fifth book Call Down the Hawk which I’d love to get to soon.

Feyre is a huntress.
She thinks nothing of slaughtering a wolf to capture its prey. But, like all mortals, she fears what lingers mercilessly beyond the forest. And she will learn that taking the life of a magical creature comes at a high price…
Imprisoned in an enchanted court in her enemy’s kingdom, Feyre is free to roam but forbidden to escape. Her captor’s body bears the scars of fighting, and his face is always masked – but his piercing stare draws her ever closer. As Feyre’s feeling for Tamlin begin to burn through every warning she’s been told about his kind, an ancient, wicked shadow grows.
Feyre must find a way to break a spell, or lose her heart forever.

If you fancy a captivating fantasy, these books are amazing. I’m so tempted to start the Throne of Glass while we’re in isolation!

Criminal prodigy Kaz Brekker is offered a chance at a deadly heist that could make him rich beyond his wildest dreams – but he can’t pull it off alone.
A convict with a thirst for revenge.
A sharpshooter who can’t walk away from a wager.
A runaway with a privileged past.
A spy known as the Wraith.
A Heartrender using her magic to survive the slums.
A thief with a gift for unlikely escapes.
Six dangerous outcasts. One impossible heist.
Kaz’s crew is the only thing that might stand between the world and destruction – if they don’t kill each other first.

The Six of Crows series is one of my favourites, and Leigh Bardugo is such a talented writer. I might storm through the Grisha trilogy finally soon!

Which books do you want to read while we’re in isolation?

9 thoughts on “Top 5 Series to Help You Escape”