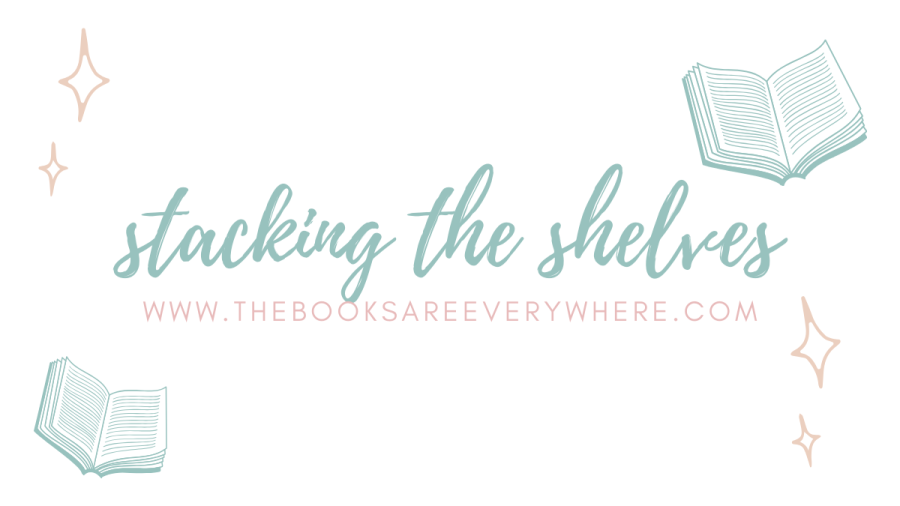 Hi all! After a good few weeks, I’ve definitely ended up buying a few more these past few days. I also visited London this week and did a little bookshop tour, which also prompted me to pick up a few books I was super excited to find!

As a third-year Ph.D. candidate, Olive Smith doesn’t believe in lasting romantic relationships–but her best friend does, and that’s what got her into this situation. Convincing Anh that Olive is dating and well on her way to a happily ever after was always going to take more than hand-wavy Jedi mind tricks: Scientists require proof. So, like any self-respecting biologist, Olive panics and kisses the first man she sees.
That man is none other than Adam Carlsen, a young hotshot professor–and well-known ass. Which is why Olive is positively floored when Stanford’s reigning lab tyrant agrees to keep her charade a secret and be her fake boyfriend. But when a big science conference goes haywire, putting Olive’s career on the Bunsen burner, Adam surprises her again with his unyielding support and even more unyielding…six-pack abs.
Suddenly their little experiment feels dangerously close to combustion. And Olive discovers that the only thing more complicated than a hypothesis on love is putting her own heart under the microscope.

Firstly, I received this beautiful copy of The Love Hypothesis from Illumicrate. I’ve heard such good things about this book and it’s been recommended, so I’m happy to finally have a copy!

Addie and her sister are about to embark on an epic road trip to a friend’s wedding in the north of Scotland. The playlist is all planned and the snacks are packed.
But, not long after setting off, a car slams into the back of theirs. The driver is none other than Addie’s ex, Dylan, who she’s avoided since their traumatic break-up two years earlier.
Dylan and his best mate are heading to the wedding too, and they’ve totalled their car, so Addie has no choice but to offer them a ride. The car is soon jam-packed full of luggage and secrets, and with three hundred miles ahead of them, Dylan and Addie can’t avoid confronting the very messy history of their relationship…
Will they make it to the wedding on time? And, more importantly… is this really the end of the road for Addie and Dylan?

I bought this book for my mum when it first came out in paperback, and she’s read it and has now passed it on to me. We both loved The Flatshare so I’m excited to read this one too!

Seventh grader Tristan Strong feels anything but strong ever since he failed to save his best friend when they were in a bus accident together. All he has left of Eddie is the journal his friend wrote stories in. Tristan is dreading the month he’s going to spend on his grandparents’ farm in Alabama, where he’s being sent to heal from the tragedy.
But on his first night there, a sticky creature shows up in his bedroom and steals Eddie’s notebook. Tristan chases after it–is that a doll?–and a tug-of-war ensues between them underneath a Bottle Tree. In a last attempt to wrestle the journal out of the creature’s hands, Tristan punches the tree, accidentally ripping open a chasm into the MidPass, a volatile place with a burning sea, haunted bone ships, and iron monsters that are hunting the inhabitants of this world.
Tristan finds himself in the middle of a battle that has left black American folk heroes John Henry and Brer Rabbit exhausted. In order to get back home, Tristan and these new allies will need to entice the god Anansi, the Weaver, to come out of hiding and seal the hole in the sky. But bartering with the trickster Anansi always comes at a price.

My first London find was the first book in the Tristan Strong series, which I’ve heard really good things about but I’ve never managed to pick up because it’s not usually sold here in the UK.

Eva Evergreen is determined to earn the rank of Novice Witch before her thirteenth birthday. If she doesn’t, she’ll lose her magic forever. For most young witches and wizards, it’s a simple enough test:
One: Help your town, do good all around.
Two: Live there for one moon, don’t leave too soon.
Three: Fly home by broomstick, the easiest of tricks.
The only problem? Eva only has a pinch of magic. She summons heads of cabbage instead of flowers and gets a sunburn instead of calling down rain. And to add insult to injury, whenever she overuses her magic, she falls asleep.
When she lands in the tranquil coastal town of Auteri, the residents expect a powerful witch, not a semi-magical girl. So Eva comes up with a plan: set up a magical repair shop to aid Auteri and prove she’s worthy. She may have more blood than magic, but her “semi-magical fixes” repair the lives of the townspeople in ways they never could have imagined. Only, Eva’s bit of magic may not be enough when the biggest magical storm in history threatens the town she’s grown to love. Eva must conjure up all of the magic, bravery, and cleverness she can muster or Auteri and her dreams of becoming a witch will wash away with the storm.

I also found another American release which my friend recommended to me. It looks so cute and gives me Kiki’s Delivery Service vibes, so I can’t wait to pick it up!

Devastating, hopeful, hopeless, playful . . . in words and illustrations, Ingrid left behind a painful farewell in her journal for Caitlin. Now Caitlin is left alone, by loss and by choice, struggling to find renewed hope in the wake of her best friend’s suicide. With the help of family and newfound friends, Caitlin will encounter first love, broaden her horizons, and start to realize that true friendship didn’t die with Ingrid. And the journal which once seemed only to chronicle Ingrid’s descent into depression, becomes the tool by which Caitlin once again reaches out to all those who loved Ingrid–and Caitlin herself.

I’ve read a few books by Nina LaCour and I absolutely love her writing. Hold Still is one I’m yet to pick up, so I couldn’t help grab it when I saw it!

What have you bought or received this week?