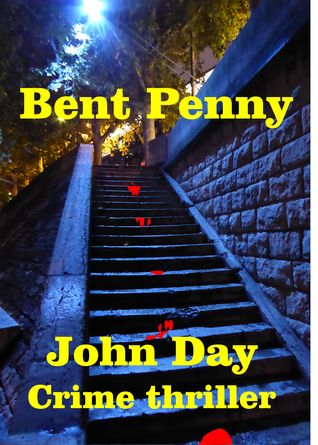 Edition: Kindle Edition, 270 pages, published May 11th 2016 by John Day
Synopsis: The psychological crime thriller, set in London, begs to be read in one go, tugging the reader onwards through its intense drama.
D.I. Penny Britain is a brilliant detective, but despised by colleagues for not being normal, like them.
She has dark secrets and no man, or woman come to that, in her life. Until Paul enters her life, that is, but he is taken.
Her boss dumps a high profile kidnapping case on her. She discovers a trail of intrigue and murder out of all proportion to the crime. Then the dead bodies start piling up as someone covers their tracks. When Penny finally discovers the enormity of the threat she faces, her name is added to the hit list.
What is the connection to the gruesome Concrete Man murder? A dead body, but no victim.
Who is the serial killer dubbed the Index Murderer? Elusive as a ghost, forensically aware and super smart, leaving no clues. Who will be next?
Disclaimer: I received a copy of this book from the author in exchange for an honest review.

Crime thriller is not usually my genre, but I decided to give this one a go, and I’m so glad I did!

The plot…as should be with any thriller, is extremely captivating. I have never read a book with so many plot twists, but everything was so clear!

The characters…were complicated, but interesting. Although I will say Penny annoyed me at times with her heightened sudden sex addiction, I did like her.

The writing…I really liked it! Day makes a complicated plot seem clear and almost simple with his easy-to-read writing.

Something I liked…the writing was definitely the best part of this book!

Something I disliked…only little things. As I mentioned before, Penny annoyed me a couple of times, and I admit so did some of the other characters. The insta-attraction between Penny & Steve did get on my nerves a little.

My thoughts…overall, a very enjoyable read and a perfect on-the-edge-of-your-seat thriller. If you liked Gone Girl, I’d definitely recommend this one – I actually enjoyed Bent Penny more!