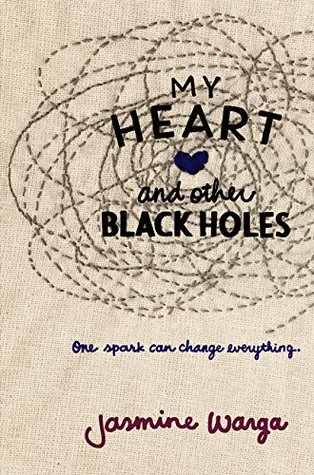 Sixteen-year-old physics nerd Aysel is obsessed with plotting her own death. With a mother who can barely look at her without wincing, classmates who whisper behind her back, and a father whose violent crime rocked her small town, Aysel is ready to turn her potential energy into nothingness.
There’s only one problem: she’s not sure she has the courage to do it alone. But once she discovers a website with a section called Suicide Partners, Aysel’s convinced she’s found her solution: a teen boy with the username FrozenRobot (aka Roman) who’s haunted by a family tragedy is looking for a partner.
Even though Aysel and Roman have nothing in common, they slowly start to fill in each other’s broken lives. But as their suicide pact becomes more concrete, Aysel begins to question whether she really wants to go through with it. Ultimately, she must choose between wanting to die or trying to convince Roman to live so they can discover the potential of their energy together. Except that Roman may not be so easy to convince.

We’ll get on to that in a bit, because I really don’t want to run the risk of making this a completely rant-y review when I actually really enjoyed this book.

Despite it’s flaw(s), this is a really beautiful book and it did make me cry. It’s full of hope and life and that’s the complete opposite of what I expected. I went into this novel thinking it would kind of drag me down. I expected for it to be dark and sad and devoid of life. But it was actually very different in many ways – it left me hopeful rather than sobbing.

I also actually felt that for the most part, Aysel’s depression was described extremely well. Although I can’t talk from personal experience, I’ve read many reviews that say her depression is pretty spot on, and I can’t argue. Although mental illness affects everyone differently, most people seem to relate to her thought processes, and it seems to be really well done. Although I have never been diagnosed with a mental illness, I have had my low times, and I can agree that Aysel’s depression was easy to relate to.

Alongside all of the deep and meaningful stuff, this book is good in the general sense. It has some really good side characters including friends and family, it holds an interesting story and a good plot. And the writing is beautiful, without being pretentious like other authors that shall not be named (*cough* John Green *cough*).

“Because feeling things is what lets us know that we’re alive.
And I want to be alive.”

Despite how much I still love this book, I can’t overlook one simple fact. And if you don’t want spoilers for this book, you might want to skip this part!

I just want to say, I wouldn’t say I disagree that being in love can help with depression. In fact, I think having people around you is an incredibly big help. Hell, I even think being in love can help you see the world through fresh eyes and help emotionally. But I can’t help but feel that this message could be slightly damaging to teens. I think it’s about time we have a book about a character who overcomes a mental illness with the help from their family, friends, and a doctor or other mental health specalist. It’s not that I don’t agree with the message this book portrays, I just believe we need another story.

4 thoughts on “Review: My Heart and Other Black Holes by Jasmine Warga”