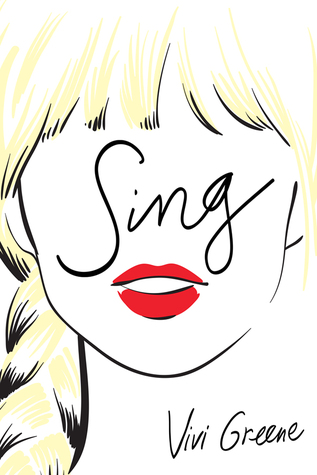 Multiplatinum pop icon Lily Ross’s biggest hits and biggest heartbreaks (because they are one and the same):
1. AGONY. (That feeling when her ex ripped her heart out of her chest and she never saw it coming.)
2. GHOSTS. (Because even famous people are ghosted by guys sometimes. And it sucks just as much.)
3. ONCE BITTEN. (As in: twice shy. Also, she’s never dating an actor or a musician ever again.)
But this summer’s going to be different. After getting her heart shattered, Lily is taking herself out of the spotlight and heading to a small island in middle-of-nowhere Maine with her closest friends. She has three months until her fall tour starts-three months to focus on herself, her music, her new album. Anything but guys.
That is . . . until Lily meets sweet, down-to-earth local Noel Bradley, who is so different from anyone she’s ever dated. Suddenly, Lily’s “summer of me” takes an unexpected turn, and she finds herself falling deeper and harder than ever before. But Noel isn’t interested in the limelight. She loves Noel-but she loves her fans, too. And come August, she may be forced to choose.

Ah I’m back with another review! It’s been a crazy few days and the only thing I seem to be able to do is read, I’m finding it so hard to focus on anything other than a good book.

I liked this book a lot, but I feel like I actually shouldn’t. This one feels like such a guilty pleasure! It’s somehow addictive, and I had no idea I would be so invested in the story.

Books about singers tend to always be cliche, and this one sounds no different. And in a way, it was cliche…but like I said, it was also a guilty pleasure and one I couldn’t put down.

The things that really stood out about Sing are the writing, the characters and the setting. The small island where most of this book is based was absolutely perfect, and it complemeneted the story really well. In fact, I really love how Vivi included the location and intertwined it in the story. It really made the book feel summery and like a vacation!

I have to admit I adored Noel and found him very honest and a total sweetheart. If I have any gripes with this book other than the cheesiness, it’s how Lily treated him sometimes and how he would just jump straight back to her.

The only other issue I have with this book is the whole pop-star-on-vacation thing. Like, it’s not like actual people in the industry can just do that, have their best friends work for and live with them or have managers that just…accept everything. Frankly, it doesn’t work like that. But then again, this is fiction…and Lily is one ficitional character who is just incredibly lucky.

I did find the plot very simple, but I think that’s actually exactly what this book needed. As long as you go into it knowing it’s going to be totally cliche but utterly heartwarming, this book is everything you could want and more.

So this book might not be the most exciting, action-filled or fast paced. It was completely predictable and not the most complicated out there. But all of this cheese worked together and made for an easy-to-read, addictive novel.