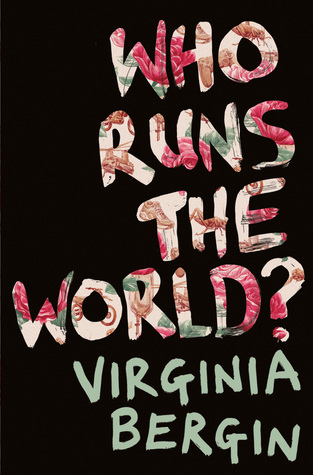 Sixty years after a virus has wiped out almost all the men on the planet, things are pretty much just as you would imagine a world run by women might be: war has ended; greed is not tolerated; the ecological needs of the planet are always put first. In two generations, the female population has grieved, pulled together and moved on, and life really is pretty good – if you’re a girl. It’s not so great if you’re a boy, but fourteen-year-old River wouldn’t know that. Until she met Mason, she thought they were extinct.

Doesn’t this sound like such an interesting read? Unfortunately, I was disappointed once again. Part of me thinks I may be getting a little critical of books as I’m reading more, but this one actually doesn’t have good reviews – and for good reason.

I had a lot of issues with this book. Some of them were just writing, language and plot holes. Some are deeper than that.

I honestly don’t even know where to start with this one. I guess with the simple things. This book just felt lacking – and I think that might be in plot. I believe dystopia should be interesting and fast-paced…and Who Runs the World? just wasn’t. I felt bored, and I didn’t feel motivated to read. I felt disconnected from the characters and the story. The writing was incredibly simple, and I honestly felt like River was treated like a child, acted as a child and thought as a child.

Another thing I found confusing was the tense. River constantly referred to the Granmumma speak as ‘text talk’, which I think meant it was 2 generations in front of the present day? But similar to how I found Ink by Alice Broadway, the town felt really behind. Yes, we had trains and hotels and (I think) phones. But then the only news we heard was through word-of-mouth, and TV’s and video games were all seen as old fashioned. It just seemed weird to me.

But unfortunately my issues with this book also grew deeper. In my viewpoint, this book was sexist. It basically said that men are directly connected to rape and murder. It told the main character to cover up so she could avoid being raped. It portrayed men in a very negative light and really didn’t show much progress throughout the story. Yes, the final few chapters started to turn things around…but it wasn’t really enough. The views of men in this book were just inexcusable.

7 thoughts on “Review: Who Runs the World? by Virginia Bergin”